“Holiday RoooOOOooooad…” the classic song echoed as Dave and I belted it out late Thursday night. Paired with some ridiculous dance moves, we packed for our own little Holiday Road over to Las Vegas. Our friends from New York would be there for World’s Toughest Mudder so we figured why not go? We never miss a chance to travel- travel anywhere, anytime, for any amount of time. Although this was just a short weekend, we were excited for a new adventure; a new state and a new city to explore together.

Friday after work Dave picked me up from work and off we went- traveling down the holiday road heading for Sin City. The sun had already gone down, so taillights and the bright shining stars above led the five-hour drive. Sadly, the tragedy in Paris had taken place earlier during the day so we spent a large amount of time reading the news, talking about what happened and debating how the States should proceed. The events that took place were especially alarming to us since a few of our friends were in Europe for Dave Matthews Band and their honeymoon. What a sad place the world has become that we must be afraid to travel and see the beauty that was created for us to explore? It’s awful. 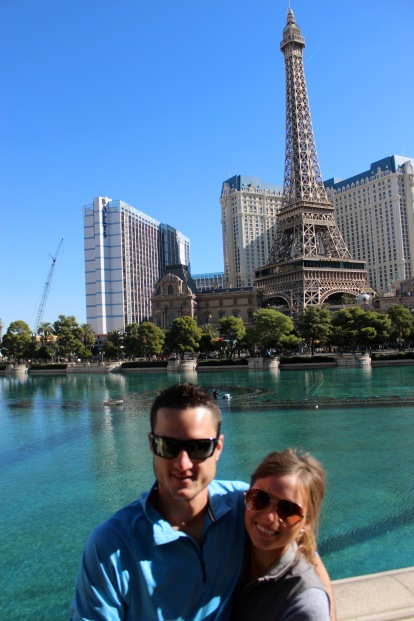 Around 11 we saw the bright lights of the strip and knew that we had finally made it. We were both antsy and ready to get out. The Rio was home for the weekend and I was ready to test out the bed- I’m such a fun Vegas goer! Making our way through the smoke filled casino, we rode the elevator to floor 8 and unpacked for the weekend. Dave convinced me to live the Vegas life a little with a drink or two down in the casino before it was time for bed. We had an exciting Saturday and Sunday planned and I was so looking forward to waking up the next morning.

With the lights from the strip lighting up the room – we drifted to a dream filled night – waking only as the sun was rising over the tops of the mountains in the distance.

It was Saturday morning- time for adventures. As most of Vegas was sleeping off the hangover from the night before, we were up walking the strip and getting coffee and chai. The cool fall weather was perfect for a day spent outside. The sun beat down, warming up our otherwise cool bodies. Off we drove, deeper into the desert towards Lake Las Vegas for World’s Toughest Mudder. Brady and Lindsay would be there as their last Tough Mudder event before heading out on a nine-month excursion around the world. World’s Toughest Mudder consisted of 24 hours of running, obstacles and mud. The pair had mentioned that Dave would like the event so we wanted to not only bid our farewells to them but to also take in everything the event had to offer.

When we arrived we were definitely not disappointed. The course was five miles that had contestants trudging through water every quarter mile, mud and of course, those infamous hills. Because why would you be able to just run on flat ground? We watched as the hundreds of participants lined up for twenty-four hours of misery. As Sean gave his memorable speech, I was taking in the view, his words and the amount of people that would push themselves to their absolute limits for the next twenty-four hours. It was quite remarkable to watch.

The first lap started and off they raced: up the hill, down the hill and around the lake. The first hour was strictly running- no obstacles. Yikes. When the 3 O’Clock horn blew- obstacles opened up. The participants were tested both physically and mentally with an array of new and old Tough Mudder obstacles. Dave and I walked the five-mile lap, taking in what was happening around us. I was curious what Dave was actually thinking: was this something he wanted to take part in next year? I know he would do amazing, but ultimately with something like this, it’s up to you to decide if you can do it.

As the sun said goodnight and dipped behind the clouds, we started on our way back to the strip. Dave had a date night planned for us- Cirque Du Soleli: The Beatles LOVE. I was more than excited. Our seats were perfect. Having seen the show before, I was extra giddy to not only share my love for the stage, dance and music but to share my love for this particular show. I was bouncing in my seat waiting for the lights to dim just so I could see the reaction on Dave’s face.

The performers took their position, the lights dim and the calming hums of “Because” filled the theater as four aerialists slowly tumbled through the sky. When the three-minute rendition ended and the aerialists took a dive towards the floor, the lights lit up the theater as an array of bright colors, energy and “Get Back” filled the crowd. You could see the smiles on the faces and truly feel the screams and claps as the audience danced along with the Beatles classic songs. 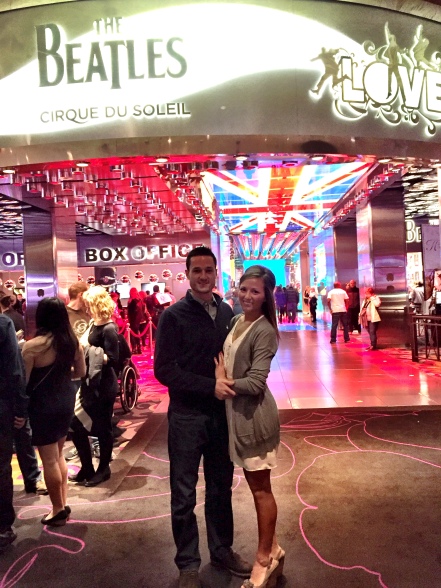 For one hour and thirty minutes, the cast of LOVE danced, flipped and performed their way back into my heart. I was reminded immediately why I think so highly of this particular show. Not only is the cast filled with masters in their fields, but the concept, music, costumes, props and energy is second to no other live performance I have seen. I kept looking at Dave and noticed the smile didn’t seem to leave his face either. I loved hearing his “Wows!” as one thing after the next captured his gaze. I love sharing my love for the performing arts with him, and seeing him enjoy the show only added to my happiness.

As the Vegas skyline dimmed and the sun woke us up Sunday morning, I couldn’t believe that our friends over at Tough Mudder were almost on hour 18 of their run. I literally could not fathom running for that long. Yet, when we got to the course, there they were- running, swimming, jumping, climbing, and doing whatever they needed to drag themselves another lap around. I was freezing in my jacket and scarf so again, I couldn’t even begin to imagine the cold they felt.

The final minutes began to tick down and shortly their twenty-four hour of misery would be coming to a close. As the clock struck 2PM the runners that remained on the course began to cross the finish line- claiming their victory headbands. Some finishers were collapsing, some cartwheeling, some barely walking- yet they all had smiles glued to their faces. I found it contagious. I found my eyes tearing up- I was so proud of these strangers, I again- couldn’t imagine the pride they were feeling for themselves. What an accomplishment.

Dust began to stir in the Vegas desert, creating clouds of dirt swirling around our bodies. With that note- we decided it was time to head back to California. Bidding safe travels and farewells to our friends, we made our way back to our car, onto the freeway and back to the coast. Another weekend of new adventures in the books and we were both exhausted. Despite our exhaustion and late Sunday night, we never want to miss the chance to travel. Travel anywhere, anytime, for any length. Not only good for your soul, it’s good for your mind, heart and overall well-being. Plus- you might just discover some new hopes and dreams for your future. 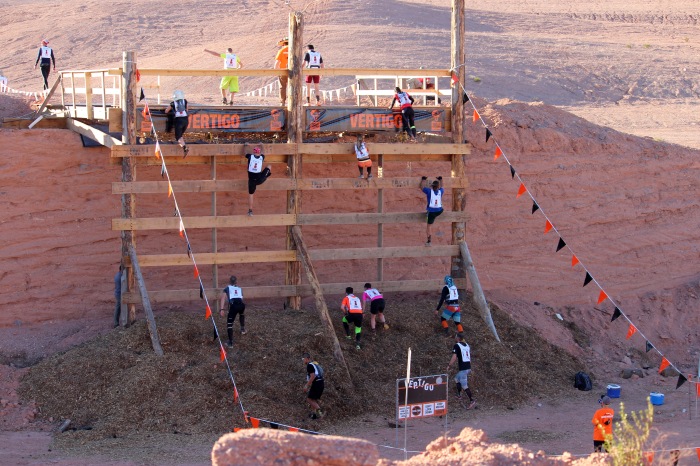 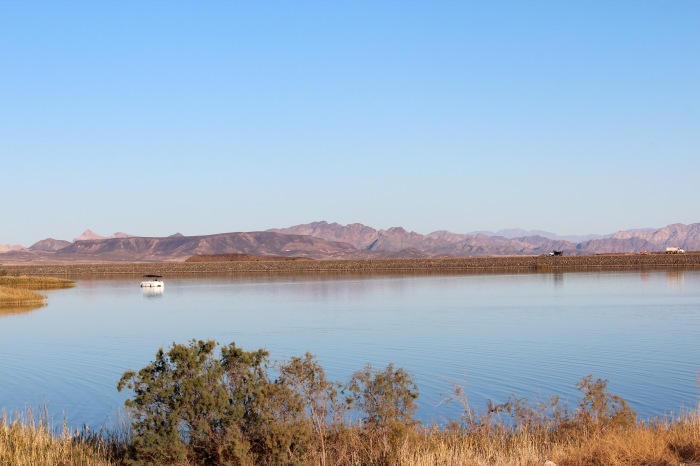 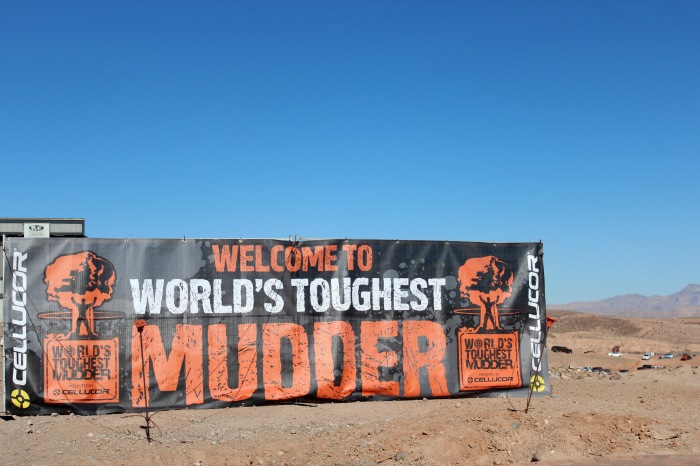 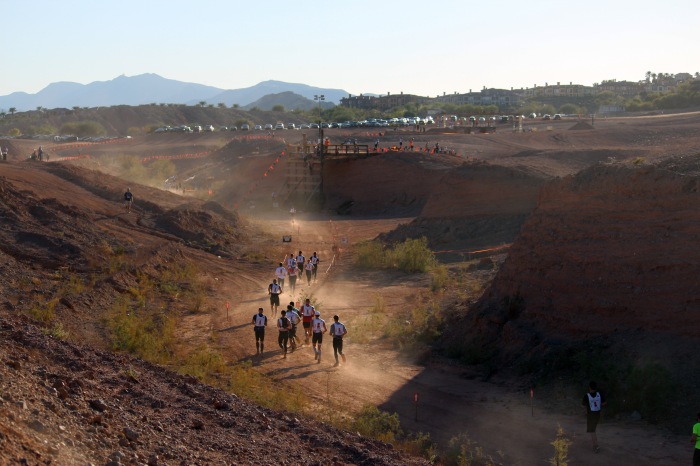 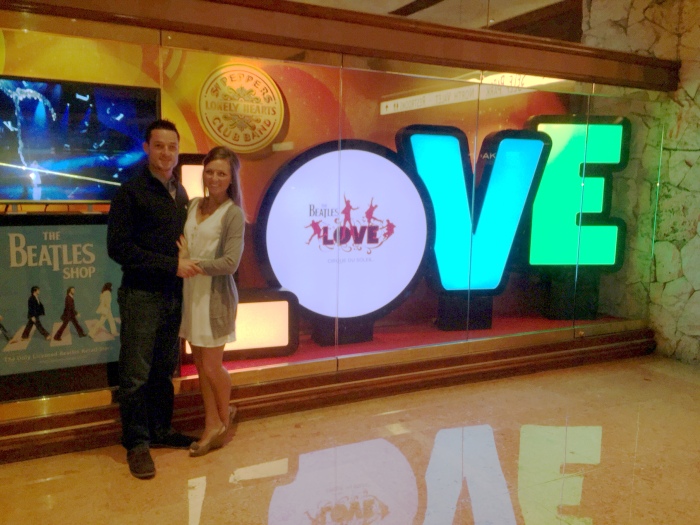 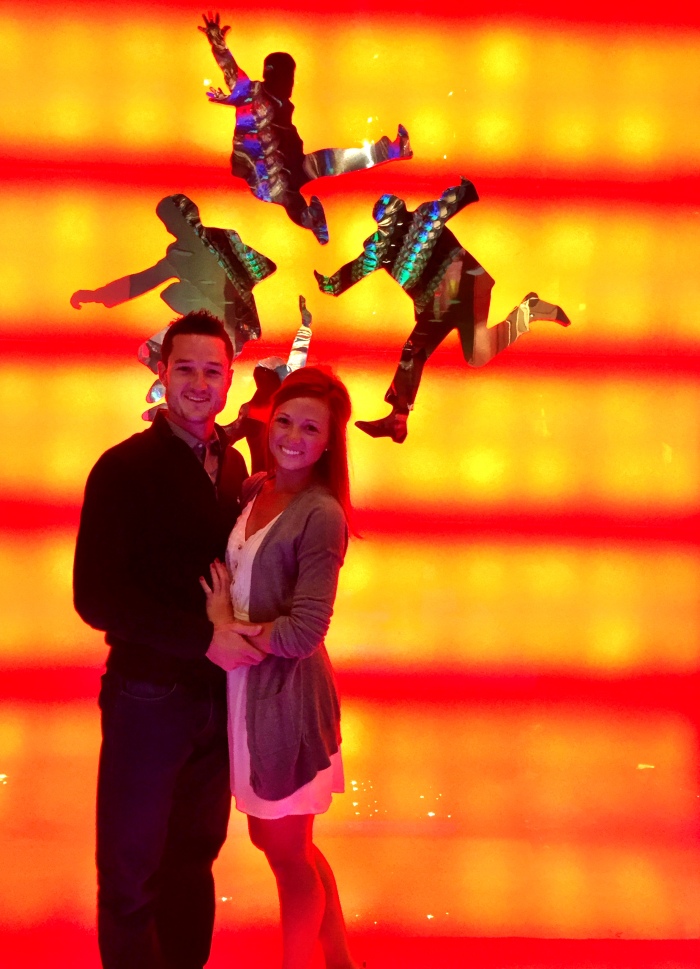