The best moments in life are the ones we don’t plan for, the ones that catch us completely off guard and take us by surprise. They usually end of being the moments that we remember forever and leave the best silent film replaying in our minds over and over.

Viva Las Vegas! Dave and I went to Las Vegas for his birthday. We met up with our friends from Philly for a birthday weekend in the Sin City. Friday night we found out The Chainsmokers, a DJ duo, was headlining The Jewel nightclub. Our friends purchased tickets right away, while Dave and I, unsure on our plans didn’t jump at the sale.

Sadly, when Saturday night came around and we attempted to purchase our tickets – they were sold out. Nonetheless, we were confidant. We got dressed and pregamed as if we were going to go to the concert. While our friends were seeing Britney Spears, we decided to head to Aria to see if we could talk to some of the workers at the venue about information for extra tickets. The workers had other ideas and shooed us away almost as soon as we approached them. Turns out, when you’re in Vegas if you aren’t dressed like a show girl, clubs aren’t jumping at the chance to help you. We weren’t defeated yet though.

We waited outside the venue, people watching the massive line of people wearing clothes that hardly left anything to the imagination. As we were having a drink and trying to figure out how we could get into this show with our friends, two guys walked up and started talking to us. They were from Canada and here for the weekend. We lightly discussed music and politics but mostly, nothing of great substance. More or less we were two groups of people who just stood by each other watching everyone else. They told us they were going to sneak in and find a way to come get us. We laughed- knowing it was unlikely and waved them off.

Dave and I are started to finally feel defeated. We bought another drink and went to find our friends since their first concert had just let out. When we met up with them, they convinced us to walk back to the venue and try one last time. Having nothing else better to do – we went along. As we waited in line, I asked a security guard if we could get in without a ticket and just pay what a ticket would cost. Much to my delight- he said yes. We couldn’t believe it. We were in. After hours of wondering what would happen- we were in!

Inside the club, it was a mad house. The small venue was packed to its brim. There wasn’t much room to move let alone dance. Our group of six found some space on the ramp that led to the dance floor. The dancer floor looked like a can of sardines, people standing shoulder to shoulder. Security would only allow people to enter the dance floor as other guests left. The line was long and slow moving; I was sure we would be stuck on the ramp.

Just before 1am, as the show was about to begin, Dave and I made our way to the top of the stairs of the dance floor. The duo was set up in their booth. The strobe lights went crazy as the beat suddenly dropped and the ceilings opened up to confetti pouring down on the dance floor, setting off an eruption of cheers. The entire dance floor was a mesh of bopping heads and light up sticks. The smile was stuck on my face as we grooved and sang along, standing on our tiny step.

I looked up to my right and noticed this guy kept smiling and looking at us. I smiled back without paying much attention. He looked like the Canadian guy we had been talking to pre-show but I couldn’t be certain. Still, this guy kept looking at us for a good half hour and kept trying to say something to me. The music was blaring there was no way I could hear him. Finally, Dave went over and tried to make out what he was saying.

He waved for us to come up to his VIP section. We looked at one another, hesitant but then shrugged and decided why not. Up we went. I couldn’t believe this random guy we had met pre-show was side stage in his own VIP section- being delivered an endless supply of Grey Goose and Red Bulls. He mixed both of us drinks and cheers’d us. He and Dave began talking while I was watching the crowd, sipping my drink and dancing to the Chainsmokers going crazy.

The club was going crazy. The overcrowded dance floor was flooded with people, drunk on the good life, enjoying everything that Vegas was meant to provide- a drunken escape from reality. We were having a blast ourselves with our new buddies. Being that it was also Day Lights Savings Time, we got a bonus hour at the club.

The grey goose was flowing hard and despite the red bull meant to keep you awake, I was exhausted and no longer was feeling the club life. We bid farewell to our friends and walked back to the Cosmopolitan. I love the way Vegas looks in the middle of the night. The hotel and casino lights lit up the streets, making you wonder what time of day it actually was. Drunken eyes led us back where Dave finally confessed something that had me fooled all night. The guy who invited us up for drinks wasn’t the same guy from pre-show. It was someone we had never met before. He has mistaken us for someone else, the same way we had mistaken him. Once we were up with him, he realized we weren’t who he thought we were but wanted us to stay and have a good time. I was in denial and convinced it was our Canadian friend but Dave insisted.

We always leave Vegas with a headache and a good story and this time around was no different thanks to our new friends, old friends and of course, the high of just being in Vegas. 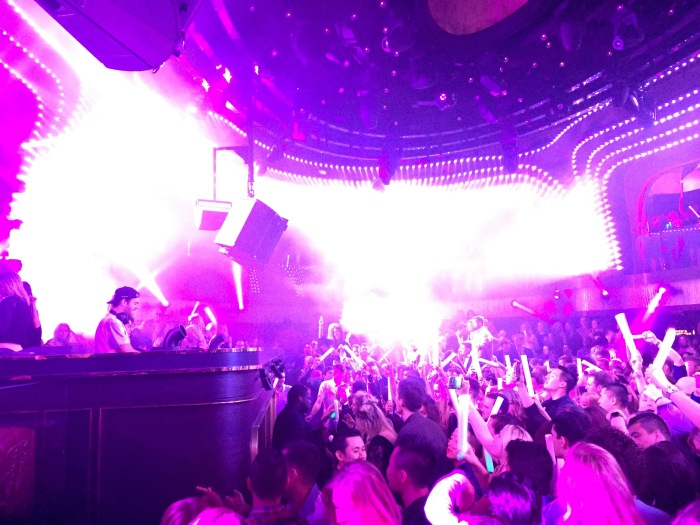 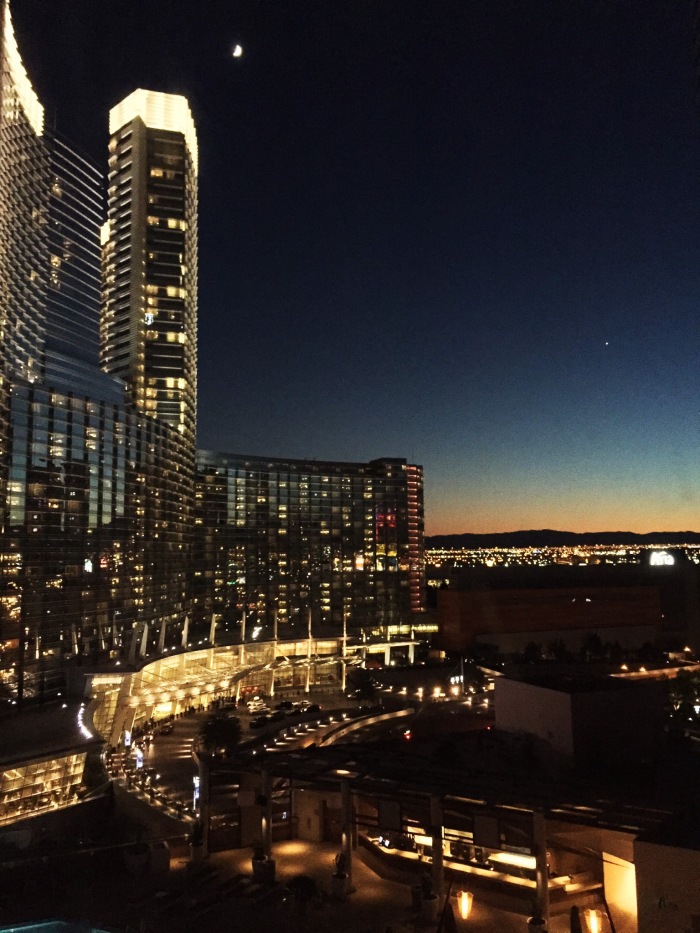