The dark and grey clouds hovered over the waterfront and the remnants of rain were left sprinkled upon the morning city streets. I was hoping for a bright and sunny day- but who was I kidding, this was the Pacific Northwest. Those days, although growing by week, were far and few between. No matter the weather, I love being in a brand new city and was ready to see what Vancouver was all about.

Gearing up in my rain boots and rain jacket, Dave and I headed out to get our daily dose of coffee and chai. Together, we love finding the hidden gems of coffee in each new city we explore. Each of us with our own little vice he has his love for black coffee and I have my desires for chai tea lattes. Today we were off to find Timbertain Coffee Roasters. Since we were in Canada and neither of us have international plans, phone service was not something we were ‘blessed’ with during this adventure. At the hotel we were able to connect to Wi-Fi so we could use our maps for a bit to get a general idea of where we were going.

Out the front door of the hotel, we cut over the intersections and walked along the waterfront. I noticed right away how many accents were in the air. Hand in hand, we headed down the streets to the Gastown section of the city. Off of the main drag, the streets were cobblestone and brick with narrow passageways. Reminding me of the back streets of Dublin, it felt as if we were in a far away land, rather than just our neighbors to the North. 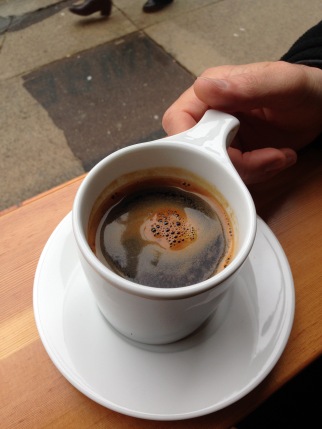 Using a photograph of a map from the iPhone as our compass, we found our way into the modern, Timbertain Coffee. Tucked shyly away, we almost missed the sign for our destination. We slipped inside and I felt a heat wave of coffees and teas hit me in the face. Walking up to the counter to order, I could barley hear or understand the barista. She spoke with such a soft and quiet tone I wasn’t sure if she was asking for my order, saying hello or telling me I had won a million bucks. Unfortunately for me, they didn’t have any chai tea so I settled for some green tea instead. Dave got some fancy black coffee that in my opinion, looked less than appealing. We selected some seats by the window and sipped away while the clouds above moistened the world outside. I love the days where we are in no hurry, have no real plans and nowhere to be: the days where we can take our time sipping our chai and coffee, gazing into each other’s eyes and indulging in a deep conversation. Folks outside were rushing by and for a moment, I felt sorry for them for they were rushing through the day and the moment. I hope they were able to relax for a moment, take a breath and remember how amazing it is just to be alive.

Feeling energized from our coffee and tea, we wandered through Gasworks. Stopping to watch the first steam powered clock do it’s job and drifting through little stores and shops, daydreaming about a place of our own one day. We eventually found our way into Hill’s Northwest Coast Native Art. Immediately, we were both captivating by the beautiful artwork in front of our faces. Covering the store- from ceiling to floor- was stunning; hand carved and painted masks, totem polls and art. Three stories of this stunning work we looked at, picking out our favorites pieces, ones that provoked thought and ones that were a little intimidating. Speaking with the storeowner, he let us know that they had been in business for over 11 years, and he never gets sick of coming to work and seeing this art. Getting a little history lesson, the artwork found in the shop was a made and sold by the Native people who have been living on this land for years, before any European settlers made their way west. They use inspiration from the land, sea and sky to create beautiful images, colors and works of art.

After window-shopping for a bit, we walked a few blocks up the water to Canada Place. Here, we could walk a bit out into the water and get a better view of the ships, water planes and cityscape. The two of us are always in search of a background to capture our perfect photo. We want to recreate our favorite pose in every city that we adventure together. Unfortunately for us, the high rails were proving to be quite difficult to get the image we had desired. Nonetheless, despite the rainy day, the way the clouds tumbled in over the waterfront created a beautiful contrast of textures and colors.

Being that by now, it was close to 1PM hunger started to take us over. Dave had seen a brewery along our walk to the waterfront so we decided to venture back up to Steam Works Brewery for lunch. Noticing right away, how quiet everyone seemed to speak in Vancouver was proving to be quite difficult for a hard of hearing gal like myself to know what was happening. The large Brewery was a nice shelter from the now growing cold and rainy mess that was forming outside. Both of us eat relatively healthy so it was a change to eat some greasy, fried food. It had been awhile since I have had chicken tenders (sorry I’m still seven years old) but I was secretly excited, they used to be my favorite. Pairing the grease and fried infested foods with beer and wine was enough to send us both into food comas.

I’m not usually a ‘take a nap’ kind of person but the mix of food, wine, rain and cold was enough for me to change my mind. I was on vacation after all. As Dave was checking in with the March Madness I quickly drifted off to an alarm-less wonderland of hard sleep.

Waking a couple hours later, the sun was shining in through the open window. Looking over at my snoozing boyfriend I shook him until he woke up. It was a perfect evening outside; we needed to soak up the little sunshine while it was available to us! With groggy and tired eyes, out the door we went, and straight to get more coffee and chai. Even though both of us are originally freezing temperatures, we have since lost our thick blood and quite honestly have become a little bit of wusses in cold weather. To our defense, even though it was about 45 degrees outside (which may seem like a heat wave to some of my Midwest and East Coast friends), the air on the West Coast is different. It’s wet and cool and sends a shiver right through your bones.

We headed back to the waterfront but stopped again at Canada Place. The rolling clouds had started to burn away by the sunshine and the lookout was something stunning to the eye. In true Pacific Northwest taste, the luscious and asparagus colored hills boomed above the waterfront. In the daytime we couldn’t tell what was on the opposite side, but now we were able to see the beautiful hidden gem that once shied away from us.

Dave and I took the opposite path that wound around the waterfront this time. I was always chasing a beautiful sunset; with the way the clouds were tumbling overhead we were on track to a wonderful one. Pausing to take in the view several times, we kept having the same conversation about how stunning the cityscape was. The skyscrapers and most of the city’s buildings were built with pure glass creating a blinding scene that you simply could not turn away from. I loved the way that any light would hit and reflect on the buildings and you could see a reflection of other buildings in the glass. It created the illusion that the city was perhaps larger than it really was but also looked very clean and fresh. As the sun set beyond the buildings and the building and street lights lit our way home, I couldn’t help but feel very lucky and blessed to have this life. And just when I thought the day couldn’t get any better, we got nachos at an Australian themed bar. ❤ 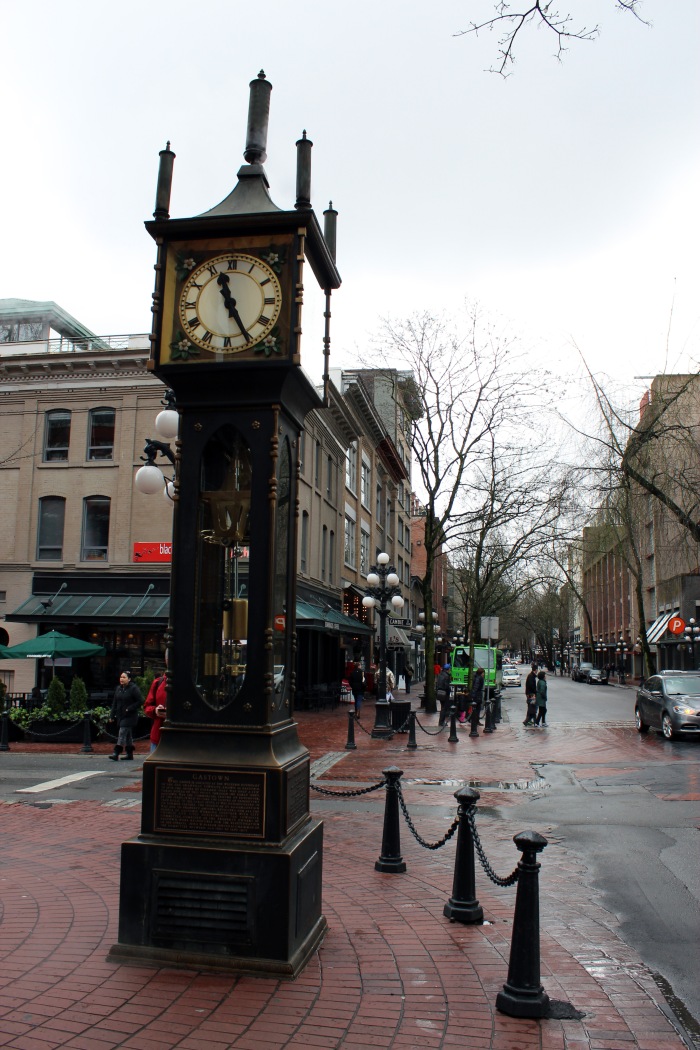 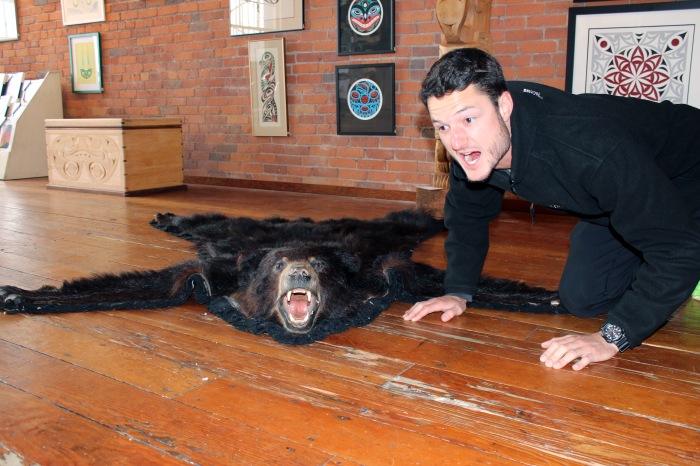 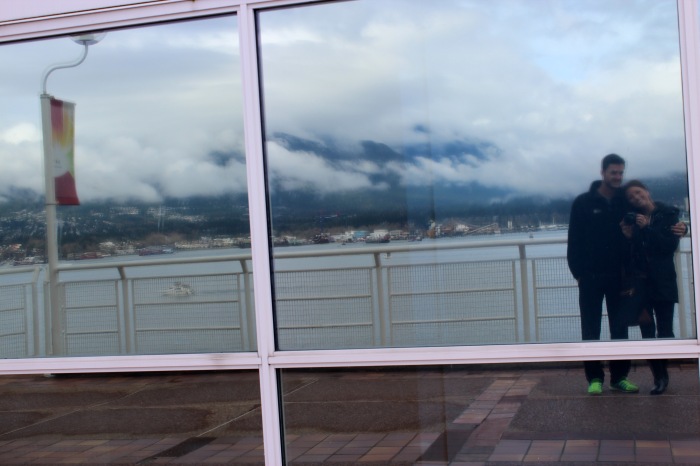 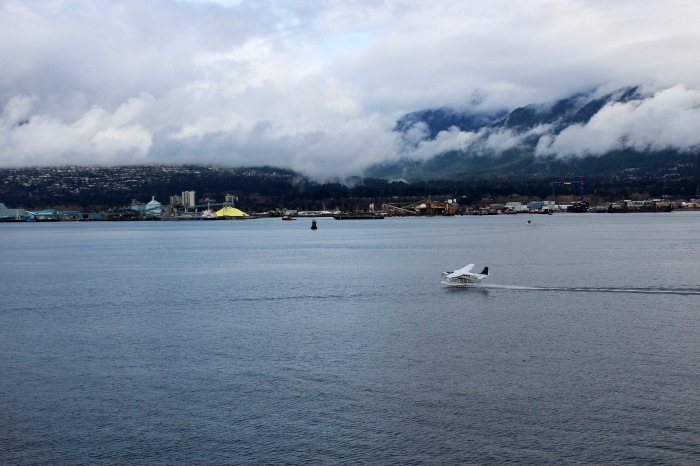 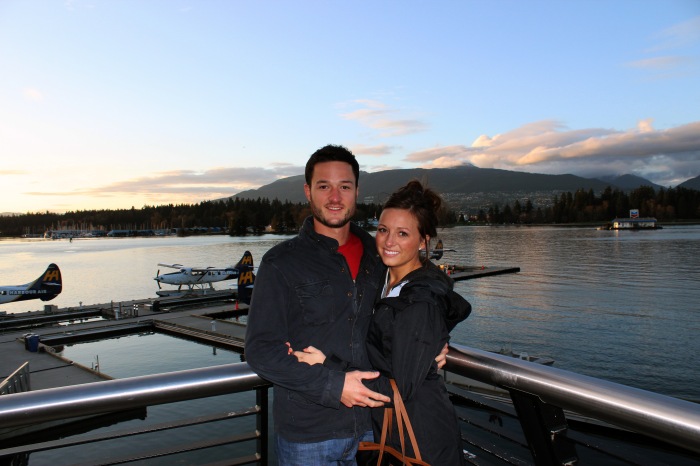