“Do you think it’s worth it?” Dave looks at me and I feel my frustration piling over. We have been on the road for five hours watching the brake lights fill the freeway ahead of us.

“It’s always worth it,” I snapped back at him. I knew my pre-show anxieties were setting in and mixing with frustration with the traffic. I was trying to keep cool but it was beginning to be harder with each slam on the brake.

We were on our way to San Diego to see one of “our” bands, Mumford & Sons. The usual three-four hour drive was taking an unusual five-five and a half hours, causing stress levels to fly through the roof. When I first started going to concerts, I was spoiled with pit tickets, and I’ve never looked back. Seeing your favorite bands so close is both a blessing and a curse. It’s a blessing with the band and fan interaction; the and the energy and sweat literally hitting you in the face. But, also a curse because you never want anything further back again. So, here we sit, fighting traffic and time.

By the time we turned on to Entertainment Circle, there wasn’t much time before gates opened. We parked the car, and rushed the line to find our friends. Luckily, the venue was so unorganized with it’s entrance, it didn’t matter much that we had just arrived. They had no structure, no lines and pure chaos as fans rushed the doors- barely getting tickets scanned before the flow of people rushed inside the venue.

I found myself one of the first in my line and somehow managed to be one of the first twenty people in the pit- helping to score our friend group spots on the rail and enough dancing space to rock out properly. Slowly, the venue began to fill in against the backdrop of a setting sun. The sky turned gray as the palm trees that dot the lawn blew in the soft wind. Standing in the pit, surrounded by my friends and minutes away from seeing a show- I reaffirmed what I already knew- It’s always worth it. No matter how many miles we travel or how high the stress runs – music is always worth it.

The show started with an electrifying opening band, “Catfish and the Bottlemen,” an indie rock band from Wales. They kicked the night off with a loud, bright and assertive bang. If you weren’t planning on chatting with your neighbor through the opening band- they were not about to allow that. Their electric guitars pierced the night, as they demanded attention from the audience with their melodies. They definitely had won my attention; I was impressed. They reminded me of similar alternative, indie rock bands such as The Kooks or something you would hear on The OC soundtrack.

After Catfish and the Bottlemen wrapped up their set, Mumford and Son’s crew changed the stage faster than I had seen a stage crew work in recent years. The backdrops came down as they refined the stage for our beloved Englishmen. Of course, it wouldn’t be the front of the pit without a few intoxicated fans trying to push their way to the front, obnoxiously yelling, “It’s all general admission” as they shove others aside for their own selfish reasons. Not happening to our friend group. The last thing I ever want to deal with during my happy place is drama, especially drama from an entitled fan that thinks they can stumble their way to the front. Thankfully, the people behind me secured a human wall, which blocked the distasteful fans from making their way up by us.

The stage lights we black, the house music off and soon the entire amphitheater erupted with cheers as shadowy figures made their way on stage. The crowd kept their energy on full blast and the stage lights remained off. The soft chords of “Snake Eyes” flooded the venue. Cheers exploded as Marcus softly began to sing; “You hold it, in your hands and let it flow, this cruelty of youth as you fall again.” Immediately he is joined with a chorus of 20,000 fans singing along as they bop their bodies to the beat. The girls beside and behind me immediately burst to tears. I love witnessing fans seeing their favorite bands for the first time and feeling their emotion with them.

Marcus welcomed the crowd and spoke a little before they spiked the energy level and shook San Diego with their classic, “Little Lion Man.” The entire pit was jumping and singing- causing Winston and Ben both to flash huge smiles and even a laugh presumably as a response to the energy the crowd was feeding right back to them.

Mumford and Sons kept the energy high their entire set. Even when they slowed down for some acoustic, you could sense the joy and love that radiated from them, sharing their music to the sold out crowd. The played songs from all three albums, and even shared some new songs they had recently be working on.

Of course, it wouldn’t be a high energy show without Marcus giving love to the fans and actually entering the pit while singing “Ditmas” allowing fans to be consumed with joy as he wandered through the sea of people, all while never missing a single note. A personal favorite, “Dustbowl Dance” ended the main set with a fall of sparks from the backdrop while the powerful ballad flushed the audience.

The band closed their show in San Diego with the spirited, rock song, “The Wolf.” They informed the crowd that after this tour they would be taking a break to work on a new album, which is bittersweet as a fan to hear. I love to get new music but I also love when the bands tour. They bid farewell to San Diego as they waved, bowed and left the stage leaving the fans cheering for more.

Immediately there was a combination of post show ecstasy and depression waving through my body. I was exhausted and thirsty yet craving more. Before we even get to the car, my friends and I are already discussing our next show plans. Music is always worth it. 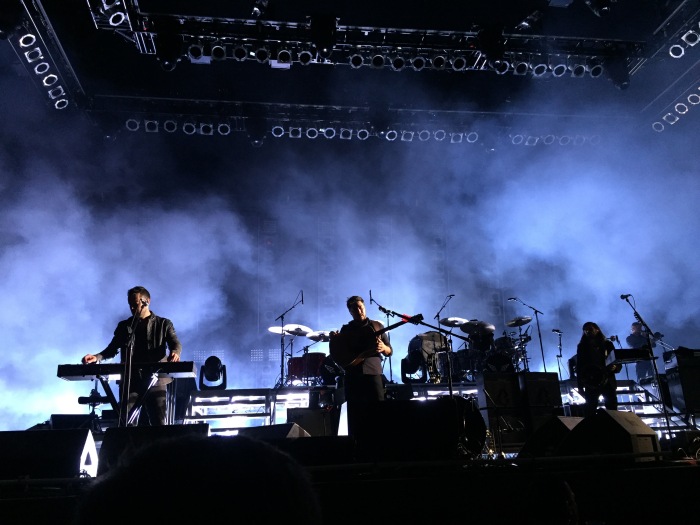 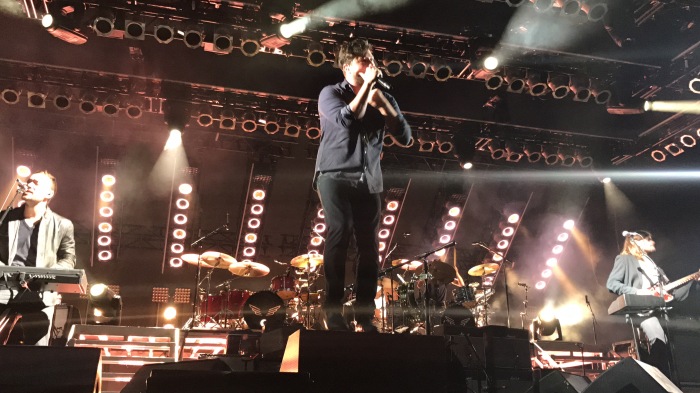 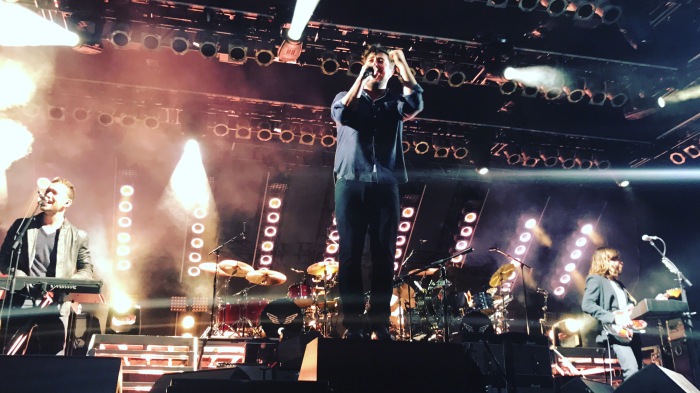 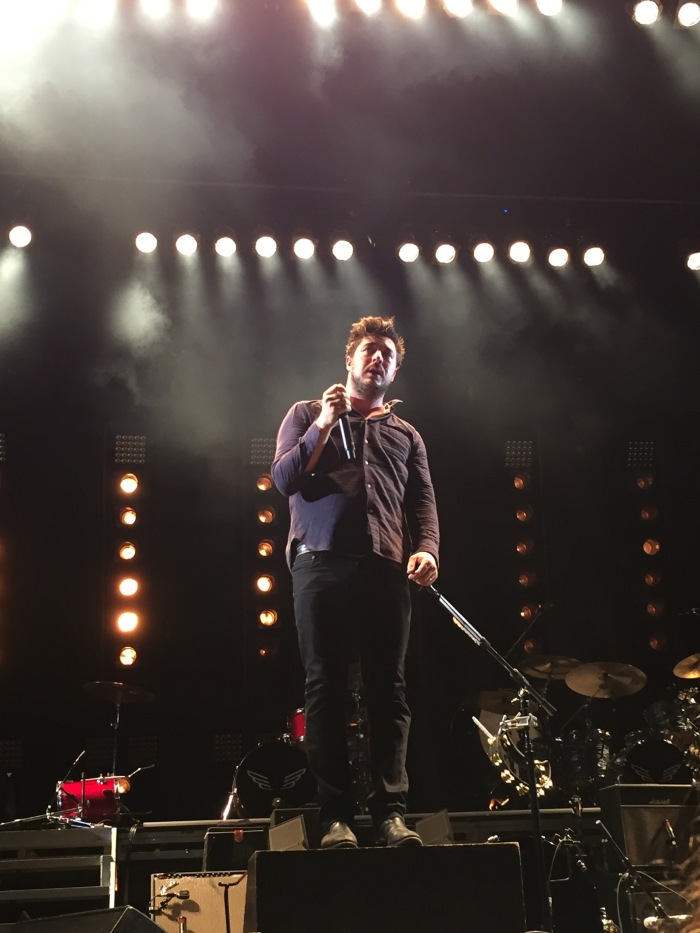 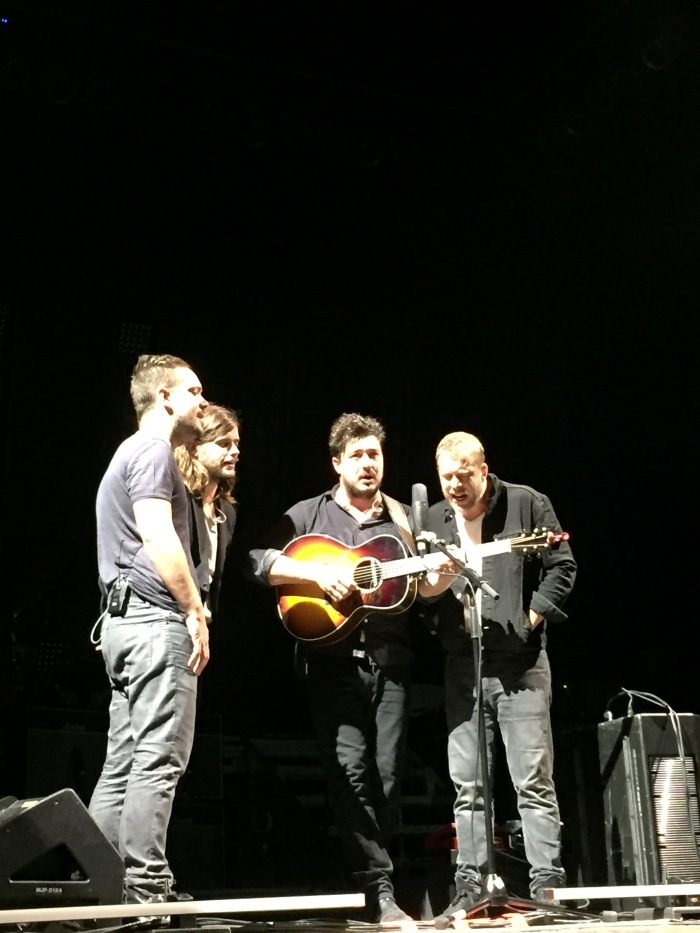